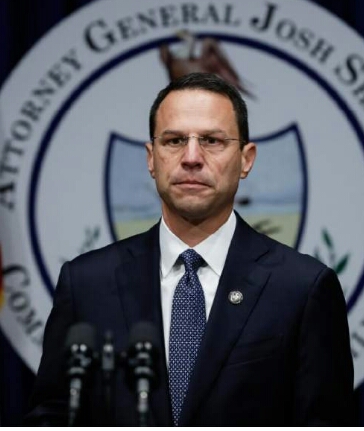 Attorney General Josh Shapiro filed a petition in Commonwealth Court on Thursday to modify the consent decrees governing the relationship between UPMC and Highmark.

Shapiro accused UPMC of breaching its fiduciary duties and violating the Solicitation of Funds for Charitable Purposes Act and Unfair Trade Practices and Consumer Protection Law.

The filing asks that the Court impose modifications to a 2014 consent decree that would require UPMC to accept Highmark and any other out-of-network patient in perpetuity.

In his modification request Shapiro is seeking three things: first, require UPMC and Highmark to work together; second, ensure fairness for Pennsylvania taxpayers; and third, protect access for all patients.

“Our petition today has a simple goal: to restore fairness to the healthcare system in western Pennsylvania and promote the public interest by ensuring patient access to affordable care and facilities which they have funded through their tax dollars,” Shapiro said, at a news conference in Pittsburgh on Thursday.

“We have concluded that UPMC is not fulfilling its obligation as a public charity.”

Shapiro also accused UPMC of engaging “In conduct that is in violation of its charitable obligations, including: Withholding access to doctors for patients in Williamsport, Pennsylvania, whose employers have contracts with a competing health plan; and Refusing to negotiate reasonable payment terms with self-insured employers, resulting in UPMC’s unjust enrichment through excess reimbursements for the value of its services.”

The consent decrees governs how the two entities would interact in order to prevent further harm to the public.  These protections are set to expire on June 30, 2019 and could result in thousands of people who are currently insured by Highmark will no longer have in-network access to most UPMC hospitals and doctors.

Shapiro added “UPMC has an obligation to the people of Pennsylvania to offer charitable services in exchange for the benefits it receives, and right now the taxpayers aren’t receiving a fair deal.”