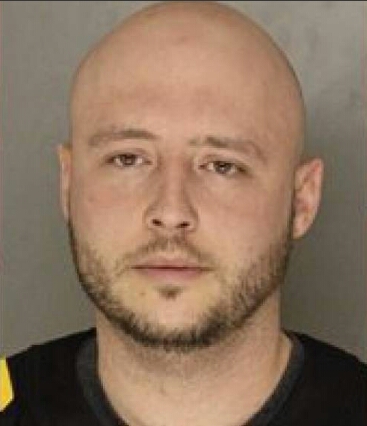 A fight at a North Shore bar Sunday night resulted in a woman being knocked unconscious and a police officer being injured.

Authorities say the fight started shortly before 9 p.m. when a security guard was escorting Ryan Brophy, 29, of McKees Rocks from the bar.  As the guard and Brophy were approaching the front exit of McFadden’s Restaurant  and Saloon, Brophy started fighting with the guard.

A woman identified in court documents as Kayla Brophy, began pulling at the guard’s arm. Security guard Jamar Terry struck Kayla Brophy in her face with his hand, knocking her unconscious, police alleged in a criminal complaint.

Brophy continued to fight back and at one point grabbed a police officer by the throat and punched him several times, the complaint said.

Once outside, police said Brophy and Terry continued to struggle until police, with the assistance of a paramedic, were able to take him into custody.

Brophy faces charges of aggravated assault, resisting arrest, disorderly conduct and public drunkenness in connection with the incident.  He was released on an unsecured bond and is scheduled to appear for a preliminary hearing on Dec. 26.

Two other people who were involved in the incident as well as the security guard also face charges.

Kayla Brophy was treated and released at a local hospital. Her relationship with Brophy was not made clear in court documents.