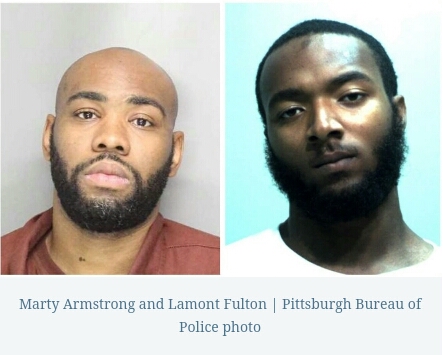 The second man charged in the 2003 deadly shooting at a Downtown parking garage is in jail after turning himself in Saturday to his parole officer.

In court papers, police say that the two men identified as Lamont Fulton, 33 and Marty Armstrong Jr., 34, of Pittsburgh shot Michael Lahoff, 66, of Mt. Lebanon on Jan. 3 at the Smithfield-Liberty parking garage.

The shooting left Lahoff paralyzed for the last 15 years.  He died Tuesday and the Allegheny County Medical Examiner’s Office ruled he died as a result of complications from the shooting.

Fulton was paroled May 13 and  is scheduled to appear for a preliminary hearing on Dec. 12.  Armstrong remains in prison.