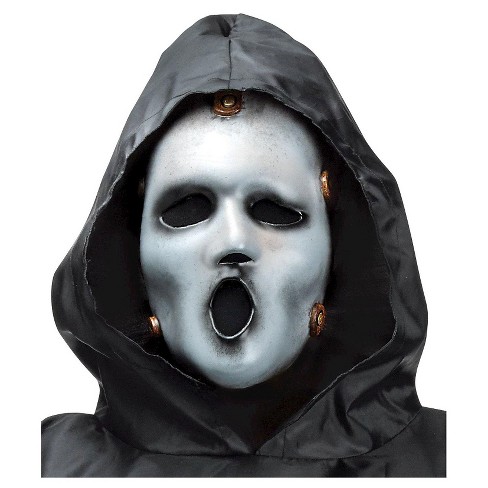 The search continues for the man who allegedly robbed three women in the Shadyside area wearing a “Scream” mask, police said.

Pittsburgh police say the man robbed one woman on Aug. 29 and two on Sept. 10. He displayed a handgun in one of the robberies. He is described as 6-feet tall, average build and wore a black hoodie in all three incidents.

The first robbery occured at approximately 10 p.m. near Pembroke Place when a man approached a woman and demanded her wallet, cell phone and ATM PIN number, police said.

The two other robberies occured on Sept. 10 in Shadyside near the intersection of Walnut Street and South Highland Avenue.

At approximately 9:50 p.m., police responded to a possible robbery call and were told by a woman a man wearing a “Scream” mask took her phone, computer and credit cards while brandishing a handgun.

While police were taking her report they were approached by another woman who told them she too had just been robbed by a man wearing a similar mask. He escaped with her wallet and phone.

None of the women reported any injuries to police.