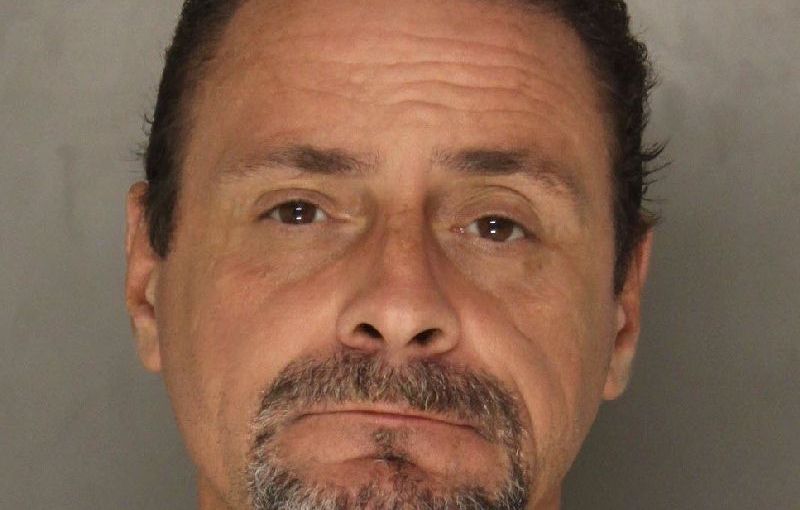 A Mckees Rocks man who was released from prison in May after serving 28 years on a rape conviction because a judge ruled he had been wrongfully convicted, was charged Thursday with sexually assaulting his six-year-old niece.

Police allege in a criminal complaint that John Joseph Kunco, 53, sexually assaulted the child one night in her father’s home while she was laying “on a futon with Uncle John.” 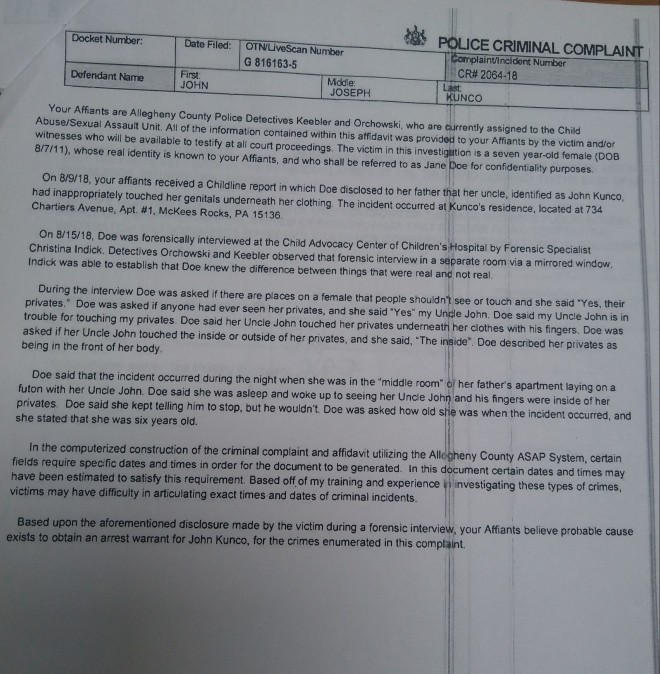 The child was sleeping and woke up and saw Kunco inappropriately touching her. The child “kept asking him to stop, but he wouldn’t,” police wrote in the complaint.

According to published media accounts and online court documents, Kunco was convicted of rape in 1991, in Westmoreland County where a woman said he repeatedly beat, tortured and sexually assaulted her.

During his trial, two dental experts testified that a bite mark left on the victim’s shoulder at the time of the attack was made by Kunco.

Kunco has maintained his innocence throughout the case. His girlfriend testified at his trial that he was with her the evening of the attack. Kunco’s former boss and his landlord also testified he spoke with Kunco on the phone “at the exact time of the attack,” a court filing said.

In November a three judge panel of the Pennsylvania Superior Court called into question the sufficiency of the evidence used to convict Kunco, when it ordered DNA testing on some of the evidence collected at the crime scene.

The Court also noted that the two dental experts were no longer willing to say the bite mark was made by Kunco, because of new technology.

In ordering the testing the Court said, “Due to the questionable nature of the Commonwealth’s evidence, we think it more likely than not that reasonable jurors would find [Kunco] not guilty if the DNA tests on the blanket, rape kit and [the victim’s] underwear/girdle are exculpatory.”

In May, Westmoreland County Common Pleas Judge Christopher Feliciana ordered Kunco’s release and a new trial after the additional testing failed to find his DNA on the items tested.

The prosecution has vowed to appeal the ruling and has until the end of August to do so.